This article explores the use and practices around Voice Alarm (VA) technology in different countries. The purpose is to understand where the UK sits in terms of adoption, regulation and professionalism. It is the author’s view that the widespread adoption and regulation of Voice Alarm improves life safety and it should therefore be a default position for public spaces.

The UK prides itself on having world leading standards in fire protection, leading to a safe environment for everyone living and working in the country. As we travel the world, the standards that fire protection systems are required to meet are often the British Standard and even where the European fire protection standards are invoked, we can see that many of the fundamentals of those regulations started in the British Standard many years earlier. This adoption of UK standards is great to see, for UK manufacturers and service companies, who are perceived to always work in compliance with a standard that is fundamentally their own, and, are also assumed to have the clearest understanding of that standard. Therefore, it is also concluded that as a British professional in fire prevention, any project you are involved in will deliver a safe outcome for the building users.

One of the experiences of travelling to different countries has been to discover how differently we all approach the regulation of Voice Alarm, from the control over manufacturers and designers and the places Voice Alarm is installed and then the requirements for its on-going upkeep. With our experience of increased exposure to other countries’ regulations and practices, it has actually been made clear that the UK has neither a particularly widespread take up of this life saving technology, nor a well-regulated approach to the design or use of the systems.

Discussing this realisation with other industry professionals, we concurred on these points and set out, through the ISCVE, to conduct an international survey on these points to gather data from other people and companies actively involved in Voice Alarm located around the world.  The amalgam of facts and viewpoints that follow are therefore taken from nearly 100 professionals actively involved in Voice Alarm projects in 20 countries.

There are two broad aspects to this analysis, being the ‘where’ and the ‘how’. The first aspect is looking at where Voice Alarm is deployed in different territories, i.e. which types of buildings and occupancy levels would be expected to have a Voice Alarm system. The second is about how the systems are designed, installed, commissioned, tested and maintained – that section is split aligned with the BS5839pt8 code of practice that regulates those activities in the UK. 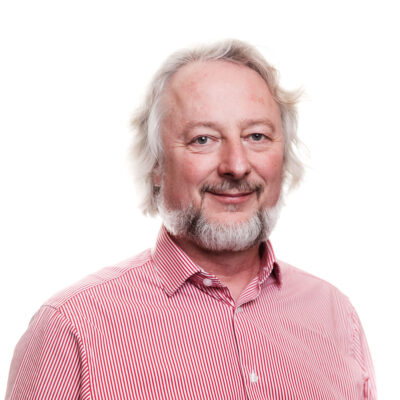 There are no laws requiring Voice Alarm to be installed anywhere in the UK. Fire detection in general must be ‘appropriate’ but this isn’t defined.

Taking the area of deployment first, where is Voice Alarm currently installed in the UK?

There are no laws requiring Voice Alarm to be installed anywhere in the UK. Fire detection in general must be ‘appropriate’ but this isn’t defined. A licensing authority can insist on VA as part of the planning permission requirements, but mainly the take-up is ‘where it makes sense.’ Voice Alarm is installed in underground railway stations, shopping malls and high–rise office buildings. The original GLC section 20 requirement was to include a secure public address for any building of 6 stories or more but this has been withdrawn, and selections are made on a case by case basis, and the experience of our respondents was that even in large buildings in London, VA would be dropped to save budget if that was deemed advantageous by developers. Voice Alarm is rarely found in schools, universities, mid-size shops, residential properties, offices or factories.

How does the UK situation compare with other countries in our survey?

In Turkey and also into the Middle East, VA is required under civil regulations for certain building types. The Civil Defence Authority in Dubai for example requires voice alarm in high-rise buildings, and this includes mixed use buildings with a residential element. It is considered vital by the Civil Defence Authority to be able to communicate with residents in the common areas of residential buildings to give them instruction on safe evacuation routes. Voice Alarm is the norm in Far East high rise regardless of their use.

In Italy, the fire risk assessment paperwork, that needs to be submitted to the licensing authority before you can get planning permission, includes a specific mention of Voice Alarm and, if you don’t wish to have Voice Alarm, the applicant needs to sign to confirm they have decided that they personally have assessed the situation and decided that they don’t need it.

When we reviewed the ‘where’ situation with our respondents in our survey, 40% of UK respondents rated the take up of Voice Alarm in their country as Poor – the lowest category of response and the worst average response from any country surveyed.

The reason for this is simply that there is no regulation, no mandatory requirement even in the most obvious cases. Particularly, the UK legislature has never felt it necessary to require evacuation systems in high rise residential buildings, but now that the ‘stay put’ policy is being severely criticised by the London Fire Commissioner, we could reasonably consider that having an effective means of communication to occupants in common stairwells and so on is a vital aspect of a mass evacuation.

Looking now at the other main strand of our inquiry, we consider how is the activity of Voice Alarm implementation controlled in the UK?

In the UK, it is evident that we have an unaligned policy on fire alarm in general. As a manufacturer, you are not allowed to place goods on the market for sale unless they are fully tested by an independent laboratory. This is because the European Law requires this through the Construction Products Directive. This, however, is where certainty ends.

These well tested materials can be installed by any ‘competent’ person – a phrase which isn’t really defined – and, as already mentioned, the fire detection system needs to be ‘appropriate’.

To put this in context, we then have our code of practice, BS 5839-8 which covers the design, installation, commissioning, testing and maintenance of the VA system. Again, although the documents refer to ‘responsible’ and ‘competent’ persons, there’s no clear confirmation on qualifications to be held by a competent individual.

Even where companies have experience of providing services in Voice Alarm and Fire Detection and Prevention generally, the knowledge is held in the individual employees who can and do change jobs, taking their skills with them. 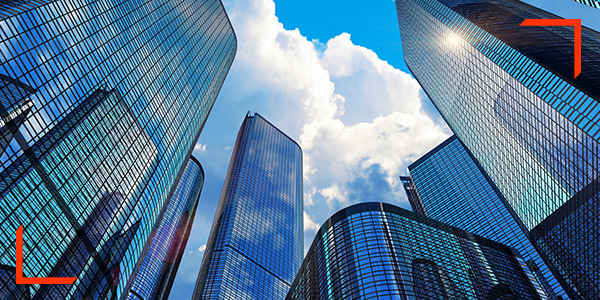 How does that compare with other countries?

Frankly, our knowledge and survey results confirm that the UK is not strong here.

We see examples of countries, such as Germany, where designers need to have attended a course leading to a certificate of competence with a 120-question exam to complete before they can begin to design their first Voice Alarm system, small or large.

We know that many countries, including UAE, Qatar, require the distributors of Voice Alarm to have a fixed contract with their manufacturer, including training certificate from that manufacturer before they can put product onto the market. They also must employ a certain number of engineers and their educational qualifications are assessed.

When it comes to putting a newly installed system into use in Denmark, you need to hold a licence to commission a voice alarm system, issued by the government to individuals with experience and training. This has the benefit of allowing a non-qualified company to install the complete system, but the licensed commissioning engineer will check that installation and then put it into a working condition. Again, in Denmark, a fire officer will use a professional (STIPA) intelligibility analyser to test the performance of the system in the building before granting the fire certificate.

In many Middle East countries, systems are put through a third–party inspection often by governmental bodies before a building can be licensed – which although it will happen on the largest buildings in the UK, is far from the norm.

Referring back to our survey on these points, more than 50% of UK respondents believed that Voice Alarm systems were NOT properly maintained in the UK, and over 30% felt that they were NOT adequately protected even when in a Voice Alarm protected building. This is because the poor regulation of the industry does not fill an expert with confidence that the system will reliably achieve the objective of reliably communicating intelligible instruction to occupants during an emergency. One respondent to the survey said:

“The standards are not policed or enforced. The people responsible for enforcing them do not know they should be enforcing them nor is there any will to enforce. Most jobs are design and build and as such are down to the installer to justify their position to someone who wants the cheapest solution. All operate from a position of ignorance of the rules and requirements because nobody is interested in enforcing them, mainly due to economic pressures.”

Again, the UK ranked poorly in our survey, with other nation’s professionals feeling more confident about the levels of protection and the likely maintenance of the systems.

In summary, we see that Voice Alarm is under–utilised and under–regulated in the UK compared to many other countries. Our findings are, unfortunately, in line with other expert observations on the fire industry as a whole, including the RIBA Journal that stated : “A comparison of fire safety regulations across Europe shows that on the whole, most are more prescriptive than the UK’s”.

It is therefore beholden to industry bodies like the ISCVE to lobby for a firmer line from government and the UK legislature on this vital aspect of fire safety. It is not to ask for the UK to be the most prescriptive environment, but simply to bring it into line with international practices.

Part 2. The vision for the future – what should the ISCVE be lobbying towards?

If we start to examine what we believe to be best practice internationally, we could develop a code that all countries could then measure themselves against and it would be good to start with the UK. Looking again at the way we have divided this so far,we could consider the important elements to be:

1) Where will Voice Alarm be mandatory?

Any building of six or more floors that has public occupancy.
Any building where 100 or more visitors unfamiliar with the evacuation policy of the building may congregate.

2) Who will design the system?

A qualified designer, with a third party certification that they understand BS 5839-8 and EN54, and have sufficient acoustics skills to design an intelligible system.

3) What equipment will they use?

EN54 equipment in accordance with the European CPD.

4) Who will install the system?

Person(s) qualified by a professional body such as ISCVE, BFPSA or FIA.

5) Who will commission the system?

The system should be commissioned by an ISCVE Member and should be independently confirmed by the licensing authority or their representative using a checklist of tests to include basic functionality, cause and effects of the system, fault monitoring and full function of the secondary power supply.

6) And how will the system be cared for in the future?

The Voice Alarm is an essential part of the fire protection system. It must be regularly maintained in accordance with BS 5839-8 and maintenance must be by a company approved by ISCVE and/or BFPSA.